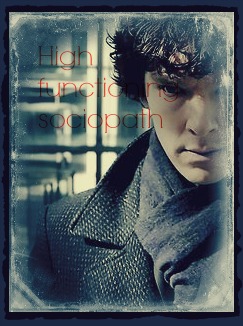 (Disclaimer : This is a draft I wrote 4 years ago,  can you imagine, 4 years already!!! and forgot/feared  to post. Time has come)

Episode 3 of Season 2. The Reichenbach Fall.

We know what it means, when Moriarty and Sherlock are reunited for the last time around the Reichenbach fall. It means the end of Moriarty and the apparent death of Sherlock. But we, as a baffled audience so engrossed with the show, need to figure out HOW Sherlock did fake his own death.

Many fans have crafted fanvids, and you can find them on YOUTUBE.

Here, I am no developing a theory,  but rather considering elements of clues sprinkled in the episode. The mannekin hanging from the ceiling,the breadcrumbs, the scream of the little girl, the fairy tales references and the book, the gingerbreadman,  the apple and the penknife, the little bouncing ball,  Sherlock saying several times that he’s not himself, Moriarty stating : “You are me” and “I am the storyteller”, fairy tales “and pretty grim ones”, grim or Grimm?,  this statement about changing/false/creating identities, the “I.O.U.” signs , the fake call about Mrs Hudson being shot, Mrs Hudson asking if Sherlock has sorted it all out, Molly’s willingness to help Sherlock in anyway, SH repeating it’s a trick…a magic trick, the buses and the lorry parked at the foot of the building, the various people gathered in front of Barts, the cyclist, the jostle, people preventing JW to touch SH, the song “Staying alive”.) It’s tremendously appealing to play the detective, too, trying to solve the mystery, and later compare with the solution (it’s a long wait until Season 3 is out!)

We must remember that what we saw, as the audience, may not be what has just happened before John’s very eyes (and not our eyes, because we have seen things that the character John Watson has not seen, and we know things that John does not know). It has the appearance of what our mind thinks has just happened. Like a magic trick. Our mind fills the gap with what it thinks is the logical curse of vents.

Some elements are more relevant than other, that is…well, obvious.

Truth?    Moriarty tells the truth : he is the storyteller, he not only tells fairy tales, but he also plays the big bad villain. He wants Sherlock’s fall (metaphoric and literal). Sherlock, the pure hero on the “side of the angels”, seems to be the puppet in his hands. Yet Sherlock makes his moves and pulls out magic tricks as well.

The roof scene just after Moriarty’s head shot is a key moment, for John and for the audience, because this is the turning point. Stakes have been raised. We know that Sherlock will jump, because, we know that Sherlock wants to spare his friends’ lives : John, Mrs Hudson, Lestrade.  And a body with Moriarty’s face lies seemingly dead besides SH.

Fairy Tales?  Hansel & Gretel?  A false lead, an appetizer. So… obvious. A lot has been said about Hänsel & Gretel. And yet everyone missed … Snow White.  .

Ok, so Hänsel & Gretel : The breadcrumbs,  The gingerbread man (St Nicholas magazine, 1875) seems a reference to please the American audience, as well as a reference of the material construction of the Witch’s house (gingerbread). The chocolate  factory, a metaphoric Candy, Sugar-coated and Gingerbread house.

And now, much more subtle and satisfying, the discreet references to Snow White (where Snow White is a metaphor for SH) : the apple left by Jim Moriarty, engraved with the letters I.O.U. The new identity of the wicked queen (JM) transforming her appearance, to deceive Snow White, (just as JM created the identity of Rich Brook to deceive the world and the readers of Kitty Riley’s articles). The false proof of Snow White’s death, produced by someone who cared for her (the gamekeeper and the doe’s heart given  to the queen). The empty grave, (no corpse in either case, Snow White was not dead, just asleep) And paying attention to the journalist’s  flat, Richard Brook/JM’s protector,  letters on the wall spell MAKE BELIEVE , 58’23” in the ep (addendum as of today, always wanted to add it, that’s why I never properly properly the post until today).

(Here a point : why would the kidnapper leave so obvious clues  and why would he have gone to the factory, sampled as many particcules for impossible to mistake identification, and returned to kidnap the kids? To plant the doubt in Donovan and Anderson’s mind and therefore to lead Lestrade stop trusting him and finally getting SH arrested. Jim Moriarty plays his favourite game : deception.)

Facts?    Watson sets off for 221b, alarmed by a phone call, (Probably Molly calling),  in the book, he was sent to the inn. Watson  is needed out of the way, in no possibility to protect Sherlock nor to fire a gun at Moriarty. He had to be delayed.

Moriarty confronts Sherlock,on the roof of Barts, at Sherlock’s request. SH : “I am you” , JM : “You’re me”. They both came to play, they share similarities, they both create identities (whereas in the books, SH disguises more often), they both make tricks. And, against all odds, Moriarty fires a gun. MORIARTY pulls a gun and shoots himself, thus preventing SH from getting anything that could stop the gunmen. With his (apparent) death, Moriarty forces SH to the only remaining solution to stop his friends from being shot.

Sherlock apologizes to Watson, confines him in a location where Watson cannot see the lower part of Barts, and gives him a clue : “it’s a magic trick”. Then, he JUMPS.

Minutes later (how long later, though?), Sherlock is lying on the pavement, motionless, with his head and face covered in blood.

A newspaper’s headlines about the Death of a FAKE GENIUS. But not a line about Moriarty’s death, “the most dangerous criminal mind”. Wouldn’t MYCROFT and the world not celebrate this fact? Hence, the confirmation that Moriarty’s alive and hiding, just like Sherlock.

Moriarty IS ALIVE, and not dead, he FAKED his own death too, thus forcing SH to jump (if not dead, a possibility remains to make him change his orders to the hitmen).

Sherlock JUMPS, in a net spread below by his “irregulars” (7 persons are seen in the vicinity of his possible landing).

John is jostled by a cyclist and stumbles on the asphalt. How long does he stays knocked out? We have NO IDEA at all (no indication of time, nor close up on his wristwatch). This is the magic of camera and film editing, time elapses and for the audience, it just takes 5 seconds, but in real time, it could be : one minute? 5, 10 minutes, one hour? Watson  is probably watched over by an “irregular,” to be sure he’s blurred/ passed out, but still ok.

During that time, unbeknownst to John, and concealed by the building between them, the irregulars get rid o the net (in the truck?), arrange SH on the pavement, make his head up as if smashed on the pavement, spill the blood (SH’s own?) prepared/provided/taken out of SH’s body by Molly. With the small bouncing ball tucked under his armpit, SH might have slowed down his pulse, to trick Watson in thinking it has stopped.

Irregulars prevent John from approaching too close and staying near SH, making it unable for him to provide  his doctor knowledge/practices.

Now we have to wait till (thanks film editing) more than 2 years have passed, until SH RETURNS!!!! Ta-Da!!!

(I’ll post about Sherlock, season 4 once I have recovered from the disappointment, stay tuned)